On the early morning of the sixteenth of July, 1994 local hunters Ana Luisa Bazán and her husband José Pérez Bazán came upon human remains off RM 1281. Initial observation was from the scent of decay and was originally believed to be a javelina seen earlier had been caught in barbed wire and perished, Mrs Bazán went to investigate while Mr. Bazán chose to stay behind and check equipment. Upon discovery of the body Mrs. Bazán immediately returned to her husband who instructed her to proceeded to to the ranch road in search of a ride to find a phone to contact authorities, Mrs. Bazán was able to flag down a long haul driver who gave his name as Harry Tasker.

The driver was able to radio an additional driver via CB who were able to alert Horizon City PD who then immediately contacted EPCSO senior officials to support the investigation, the mayor and senior city officials were contacted after the offical returned from a late meeting. After all parties had been alerted and LEOs were on scene, the investigation was chosen to be headed up by EPCSO Investigations Division (ID) as the HCPD felt they lacked the manpower to build a proper homicide case; Horizon City Mayor agreed and a joint investigation began with EPCSO as primary.

Female deceased was brought in the night before, female now refered to as Jane Doe was found in a prodromal decomp state; putrefaction had begun putting the time of death in the last few days. Preliminary eval. at the scene leans to the belief that Jane Doe was alive when transported to the scene and expired shortly after.

Ligature marks along the wrists (left over right) and ankles (right over left). Periorbital ecchymosis (GRADE 3 (L) GRADE 4 (R)), Bruising along the abdomen and shallow cut wounds along the left clavicle were noticed upon those first on the scene. Tear marks near the upper-inner thigh shows consistency with post-mortem wildlife interference. Jane Doe victim was found in cotton shorts and flannel shirt, no underclothes on the victim or the scene. Both ears were pierced but no earrings or jewlery were found on scene. No form of ID or wallet was found on the Doe, a tatoo of an infant foot was found on the left back shoulder and two scars were observed, one appears to be that of a cesarean delivery and the other was a series of small razor wounds upon the inner right thigh. Consult EP Co. Office post-prepping for investigation file. A type of mud or dirt was found under most fingernails. NOTE: Copper deposits were found both around the eyes. 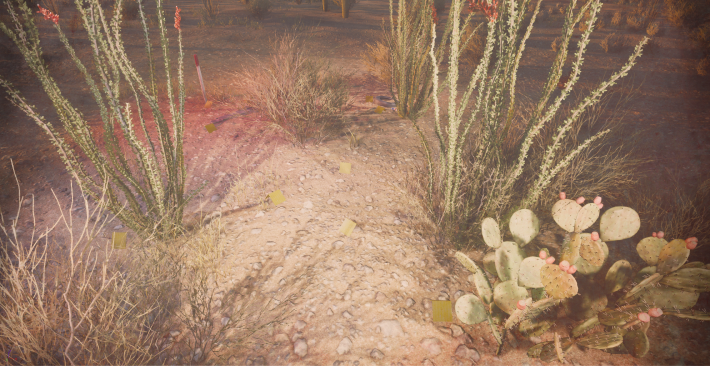